His Eminence Dr. Madhu Krishan ,The Founder & Chairman Of"Academy Of Universal Global Peace" -AUGP expressed his thanks with Gratitude & Congratulations to Her Excellency Dr. Noema Chaplin Ambassador Of AUGP for her eye opening Article On The International Day Of Non-Violence At United Nations Conference

http://www.augp.edu.in/  http://www.augp.webs.com/
His Eminence Dr. Madhu Krishan ,The Founder & Chairman Of"Academy Of Universal Global Peace" -AUGP expressed his thanks with Gratitude & Congratulations to Her Excellency Dr. Noema Chaplin  Ambassador  Of AUGP for  her eye opening Article with the Title,

“Communities, families and individuals have a critical role to play…” 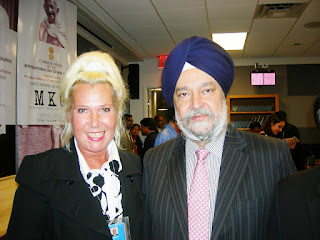 H.E. Ambassador H.S. Puri, Permanent Representative of India,  exhorted the universal relevance of non-violence and the desire for a culture of peace, tolerance and understanding. Linking Mahatma Gandhi’s thoughts and principles to the values of the UN, human rights  and the Millennium Development Goals. 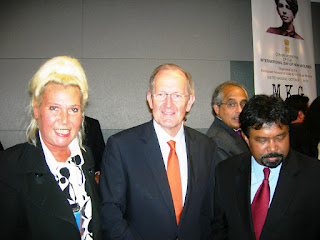 The President of the General Assembly, HE Mr Joseph Deiss addressed “the UN General Assembly hopes to reinforce the timeless message of non-violence and to encourage Member States, civil society organizations and individuals to step up their efforts to deliver this urgent message through education and public awareness. The efforts of the UN to promote tolerance, the respect of all human rights and fundamental freedoms, democracy, development and mutual understanding are all underpinned by one common idea: to make lasting, sustainable change… Our efforts must be undertaken peacefully and in the spirit of consent and cooperation. “Non-violence is a powerful and just weapon, it is a weapon unique in history, which cuts without wounding and ennobles the man who wields it. It is a sword that heals." The opposite of violence is creative. 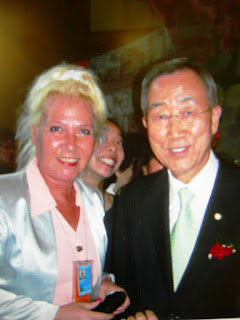 The UN Secretary-General HE Mr Ban Ki Moon, represented by Ambassador Vijay Nambiar, called the principle of non-violence as the “greatest force at the disposal of mankind”. The United Nations strives to harness the power of non-violence to overcome prejudice, and conflict, and cultivate mutual respect and understanding among peoples and countries. Peace starts with people – it flows from the hearts of committed women and men.


H.E. Ambassador Baso Sangqu, the Permanent Representative of South Africa to the United Nations also spoke at the meeting. He mentioned about the historical association of Mahatma Gandhi with South Africa and Gandhiji’s fight against discrimination, social injustice and violence. Ambassdor Sangqu recalled the impact of Mahatma Gandhi’s views on Nelson Mandela. 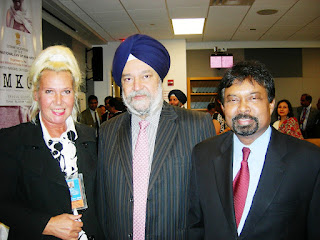 H.E. Ambassador Somduth Soborun, Permanent Representative of Mauritius, in his address, extensively quoted Mahatma Gandhi and mentioned that violence in any form does not serve any useful purpose.
The UN General Assembly declared October 2, the birthday of Mahatma Gandhi, as the “International Day of Non Violence”.
Communities, families, and individuals have a critical role to play in defeating violence…”


More information on the www.un.org 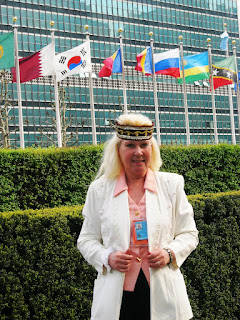 Posted by Academy Of Universal Global Peace at 8:26 PM