His Eminence Dr. Madhu Krishan, The Founder & Chairman Of Academy Of Universal Global Peace - (AUGP) conferred Doctorate Degree To "Enver Ferizaj" who is a A Traditional Warrior of Peace & who is also "The President of Albanian Agrobusiness Council"


www.augp.edu.in  &  www.augp.webs.com -  AUGP is An ISO 9001:2008 (UK)  Accrididated International Academy & Also Registerd Under European Commission & United Nations & By Various Governments  & Inter Government Organizations World wide
His Eminence Dr. Madhu Krishan, The Founder & Chairman Of Academy Of Universal Global Peace - (AUGP) conferred Doctorate Degree To "Enver Ferizaj" who is a A Traditional Warrior of Peace & Who is also  "President of Albanian Agrobusiness Council"
This Doctorate Degree "Ph.D"  with  " Specialization in International Diplomacy " is conferred upon "Enver Ferizaj" on the basis of the Evaluation done by Dr. Shefki Hysa ,The Governor Of Diplomatic Mission & International Governor of AUGP & susiquently Resolution was passed by the World Governing Council Of AUGP on 13th March'2013 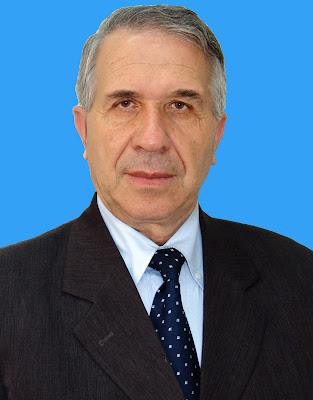 Enver Ferizaj
A Traditional Warrior of Peace
President of Albanian Agrobusiness Council
Enver Ferizaj was born in Kosovo on 15 June 1950 in a family with patriotic traditions. On 15 October 1966 he immigrated from Kosovo to Albania together with his family. He and his family settled down firstly in Fushe-Kruje, while later they were assigned with obligatory residence in Kelcyre, Permet where they lived from 1967 to 1972. From this year, Enver settled down in Kavaje, the city where he lives even today.
Enver Ferizaj finished his high school education in Kelcyre, Permet during the years 1967- 1972. Later, he continued his studies in the Agriculture University of Tirana in 1972 and graduated as an agrarian economist in 1976. During his education, Enver had the opportunity to get acquainted with many foreign languages among which he is a fancier of Serbo-Croatian language and partially of Bulgarian language, while among his certificated languages he lists the Russian language.
After finishing his studies, Enver Ferizaj carried out different specializations for the enrichment of his knowledge. He carried out different courses and trainings for marketing and production in the nutritive industry inside and outside the country, From 1986 to 1988 he has passed post-university exams for the scientific degree as candidate of economical sciences.
Enver Ferizaj started his work experience in the municipalities Luz i Vogël and Lekaj in 1976 where he worked as a chairman of the branch of plan until 1990. Later he was appointed Director in the Nutrition Enterprise in Kavaje and worked there until 1995. Besides his work, Enver manages also his private activity, the Company "EN&ZY", in Kavaje that owns the former factory of army beefs, the factory of flour in Gosë, Kavajë and also the shares of the hennery of Kavajë.
In 1996 Enver Ferizaj was appointed Chairman of the Chamber of Commerce and Industry of the district of Kavaje and held this post until 2003. Meanwhile, from 1998 to 2005 he was Vice President of the National Association HABA. Enver Ferizaj has been Member of the Municipal Council of Kavaje for around 7 years, from 2000 to 2007.
In 2001 Enver Ferizaj was elected Chairman of the Council of the Albanian Agro-Business for three prefectures: Tirana, Durres, Elbasan for around 3 years until 2004. Starting from 2001 and ongoing he has been participant in some Local and National Projects, as Leader and Co-leader. From 2005 to 2007 he has been a Member of the board of the Agro-processing of Food Association in Tirana. From 2005 up to present Enver Ferizaj is President of the National Association HABA. From 2006 up to nowadays he is President of the Albanian Agro-business Council. From 2006 and ongoing he is a Member of the Consultative Council of Business in the Ministry of Economy and Energy. From 2009 Enver is member of the National Committee of Labour and is a member of it even nowadays.
Enver Ferizaj, erudite intellectual with a noble and charitable heart, has helped and continues to help the social classes in need. As benefactor intellectual, willing to help the community at anytime, he is one the most committed peace missionaries in the International Lobbying Organization Diplomatic Mission Peace and Prosperity, part of UN. Enver Ferizaj is a devoted collaborator of this mission that operates in the Balkans and all over the world for peace and prosperity in help of countries under development, according to the principles of the American Democracy.