World News | New York | His Eminence Prof. Dr. Madhu Krishan and H.E. Amb. Dr. Shefki Hysa and all the Board of Governors Of AUGP /UNUGP USA in 120 Countries have expressed their Heartiest Congratulation To Dr. Kailash Bihari Singh for his Doctorate Degree (Honoris Causa) In Humanity and Social Services From The American University , USA www.augpusa.education On 28thFeb in Goa along with Nelson Mandela Peace Award 2020 From Nelson Mandela Peace Academy (Affiliated By AUGP USA ) 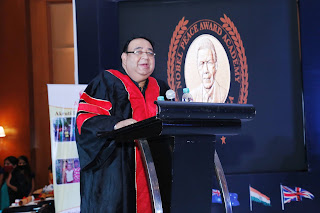 But after the counselling by Babu Anugrah Narayan Singh, a prominent leader and very close friend to his father, Shyam Narayan Singh joined congress and fought assembly election in 1937 from Bihar Rural East Constituency and won as youngest MLA in the History.

He was MLA till 1952 general election,

He was holding number of posts and responsibilities such as - Parliamentary Secretary to Dr. Sri Krishna Singh (Chief Minister of his time), Senate Member of Patna University and Chairman Dist Board etc.

He was imprisoned for 9 months’ in 1939 where he was the only MLA ever to be put behind bars. He was imprisoned again for a year in 1940 followed by his longest duration of imprisonment in 1942.

He had a shoot at sight order against him along with Rs.5000 as reward on his arrest.

It was a historic moment on 11th August Shyam Narayan Singh gathered the youth and dared to appear along with his friend. Jagat Babu.... Shyam Babu's Last speech was -like lion's roaring that ignited the youth and resulted, hoisting the tri colour where 7 youths were shot down. In commemoration 7 Shaheed Statue was unveiled in 1947. And finally he was sent to jail for 2 years with rigorous punishment.

He is called Crusader of communal harmony and peace.

In 1946 when Shyam Babu’s father passed away, he got occupied with the rituals, At the same time communal riots was spreading in all parts of the country.

Shyam Babu was shocked to see the brutality of the riots and so he took a daring decision to protest and to establish peace and avoiding the killings of human beings.

He asked entireMuslim community of his district to take shelter in his family temple garden, where he served them food which was kept for his father’s rituals, deputed his personal guards and patrolled by himself on Horse day and night for 5 days and saved 6000 lives which are equivalent to 21000 lives in proportion. If population wise number’s are considered. This has never ever happened in the history on the planet Earth but sad, the world only recognised when some unfortunate happened whether it is Pearl Harber, Nagasakhi , Heroshima and Jalian Wala Bag but saving the lives and avoiding killings of huge lives of male, female and children gone unnoticed by the World and Shyam Narayan singh remained unsung Hero.

Government tried to honour Shyam Babu on several occasions, but he was different, he said ...I was meant for Peace and Harmony, Justice to Mankind.

Postage Stamp On Him

Finally, government of India acknowledged it and issued postage stamp on 24th Jan 2012 on his 111th birth anniversary.

“Nepal should had been ours”

Nepal was disturbed and It was also in the eyes of Sardar Patel who wished Nepal to be a part of India.

That happened when Nepal Naresh Maharaja Tribhuvan was in touch with Indian Embassy.

Shyam Babu MLA and parliamentary Secretary to CM and Sir CPN Singh Indian Ambassador af Nepal (a closed friend) of Shyam Babu, Tried to architect, merger of Nepal in India. Maharaja Tribhuvan knew Shyam Babu and His brilliant drafting, political vision and technical ability, he called him through Sir CPNSingh at Nepal Embassy Where Maharaja was taking shelter and then he started writing the draft of merger of Nepal with India as per the wish of Maharaja.

But Nehru disagreed with Shyam Babu and Sir CPN Singh, Nehru’s thought was that Nepal will never be a part of India as it will remain a buffer zone between India and China.

Just imagine- what would have happened If Nepal would have been a state of India.

But in Feb 2016 this inside story was published in a newspaper.

Till his last coin, he worked for Peace, Harmony, Education and Eradication of poverty.

So Shyam Babu is yesterday, today and will remain tomorrow.

His sons, Shri Kumud Bihari Singh, started re-inventing lost wisdom and work of Shyam Babu and Dr. Kailash Bihari Singh has established a foundation on his father’s name: The Shyam Narayan Singh foundation (RGTD) with a mission to fulfil the dream and vision of late Shyam Babu for Education to all, Eradication of poverty, communal harmony, Enhancing physical & mental health of common people and marriages of poor girls and mission of peace on mother planet.

The Foundation is fortunate and blessed with elderly advice and patronage by eminent personalities of Bihar. 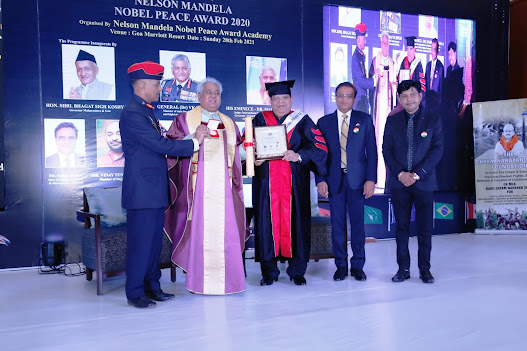 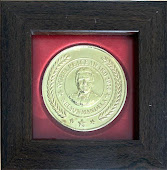 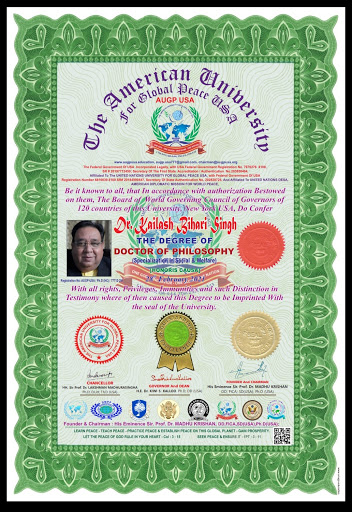 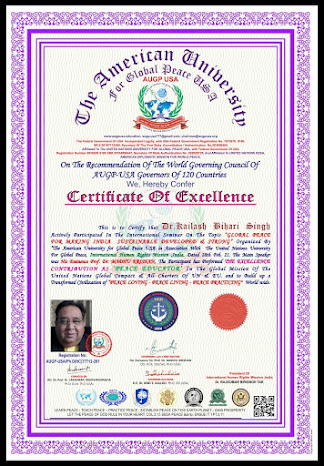 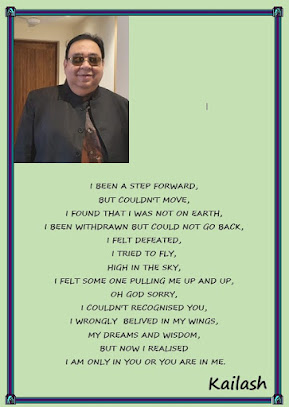 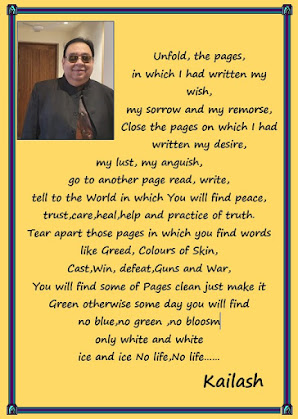 Posted by The American University For Global Peace USA at 9:27 AM 3 comments: