His Eminence Dr. Madhu Krishan The Founder and Chairman Of Academy Of Universal Global Peace - "AUGP" Honoured / Conferred The Prestigious International  Award namely " ACADEMY AWARD"For Establishing Global Peace To His Excellency JOHN G RACITY  on the basis of the Resolution passed by The World Governing Council Of AUGP of The Governors Of  70 Nations &  Conferred him with Doctorate Degree (Honoris Causa) On Humanity & also a Certificate Of Excellence for his continuing Humanitarian works from Decades for the Sustainable Development of  NATIONS & World Citizens to build up a Transformed Civilization Of " PEACE LOVING - PEACE LIVING - PEACE PRACTICING " World Wide.

Dr.Madhu Krishan also Commissioned/Ordained Dr. John G Racity as "Ambassador At Large  " of AUGP in Australia and also inducted him in the Governing Council as"International Director " 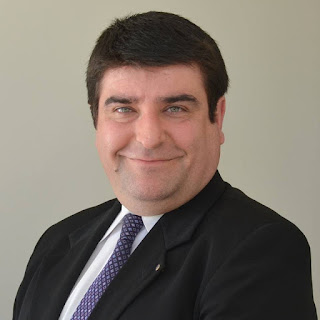 John G Racity have recently been greatly honoured an Academy Award for Global Peace, a Certificate of Excellence and a Doctor of Philosophy from the esteem Academy of Universal Global Peace An ISO:9001:2008 Certified By UK .
He is also  a Director at Fox Petroleum, a Business Post Graduate student at UTS Business School of Management. In the past I have led teams for General Electric #7 Global 2000, Telstra #225 Global 2000 - Forbes listed, and for the Queensland Government/Universities. 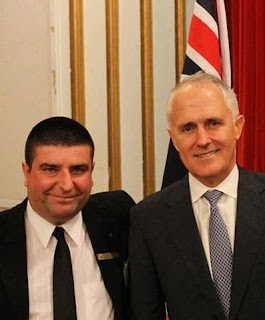 Some More Detaisl can be seen in Linked In Web site

Posted by The American University For Global Peace USA at 12:54 PM