A brief Profile Of 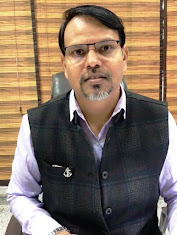 Dr. Neeraj Tandan, a Bio Technologist started his career with a research sector.

Dr. Neeraj Tandan has been awarded with YOUNG SCIENTIST award during 2009 for his

research work and guidance to the research scholars. Dr. Neeraj Tandan published more than 200 research papers , 5 Books and have the honour of 2 Patents . However, he observed the need of his contribution for educational sector in the country and shifted himself to Educational Sector.

Dr. Neeraj Tandan started his journey in the educational sector as PRINCIPAL in CHITANYA GROUP and implemented various reformations to extend the best modern method of teaching to the students community. 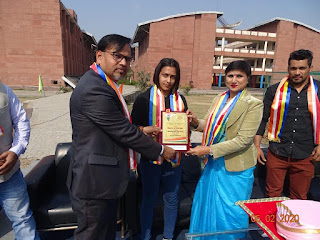 modern institute established during 2010 to extend the educational facility to the children from poor/lower income/lower middle income families in the society on PAN INDIA.

Dr. Neeraj Tandan after taking the charge of PRINCIPAL in PBIC he felt a need of reformations in institute especially in teaching sector. Dr. Neeraj Tandan along with Dr. C S RAO, a Senior GEO SCIENTIST and an IIT personal, introduced/implemented a number of reformation/changes in the institute and also carried a lot of social work for the society under social responsibility.

The teacher plays an important role in the career of a child.  Parents also need to play a vital role for the future of the child.  The children studying in PBIC are either from the poor sector or 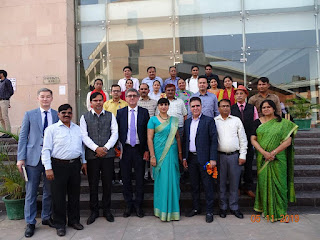 lower income group or from lower middle income group sector in the society.  The survey shows that the parents of poor sector and lower income sector are not in a position to guide their children for better future life due to various constraints.  The child psychology and interest varies from child to child and it is very important to groom a child along with his/her sector of interest for his/her interest.

Keeping the above factor in view, Dr. Neeraj Tandan has implemented a brain mapping technology, a scientific technique to understand the child psychology and his sector of interest to groom the child for his/her better future.

This technology has given good results to develop the interest in their studies as well as in the sector of their interest among the children of this institute.

Dr. Neeraj Tandan also observed a need of modern teaching technology in teaching sector of the institute and implemented the same and has given an overwhelming acceptance and also giving good results in student’s results.

As the most of the children studying in PBIC are from poor families, the parents are finding financial constraints for school fee payment and to address this constraint, Dr. Neeraj Tandan pursued some trustees extending the financial support to these students.  SIKSHA DAN is the 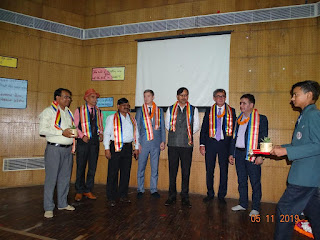 outcome of the efforts made by Dr. Neeraj Tandan.  Under SIKSHA DAN, the bright students from poor families will be extended with financial support for their uninterrupted studies. Every year 20 bright students belonging to the poor families and studying in PBIC are getting the SIKSHA DAN benefit for their uninterrupted studies due to the financial constraints.

Thus a waste management is implemented in the institute which is the call of the day in the nation.

Substance addiction, especially the DRUGS addiction is the major problem the country and country is working hard to eradicate and save the life of drug adductors and their families.  Dr. Rao has done a lot of studies on DRUG ABUSE, ADDUCTOR PSYCHOLOGY, HOT SPOTS, DRUG TRAFFIKING etc and same is with Dr. Neeraj Tandan. These two scientists have conducted various AWARENESS PROGRAMS in different areas in the society to save the people from the vicious clutches of this most dangerous addiction.  Dr. Rao motivated and got established a MAHILA SENA in South West Delhi to take care of the Drug adductors in their colony by banning them from entering in their residential area and taking a stringent action if any such person entered in their area.  It has given a good result and the percentage has reduced drug addiction drastically in that area. 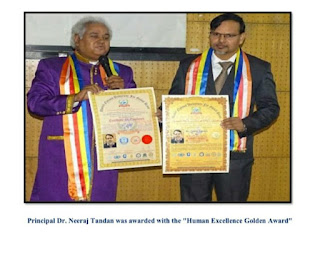 Dr. Neeraj Tandan along with Dr. Rao conducted various AWARENESS programs on DRUG ADDICTION in PBIC for different sector of people including the police personal for identifying, conducting the counseling and taking action on abductors.

The country faced a pandemic situation during the corona period.  The total country was under lockdown condition to keep this most communicable virus under control and rather to drive away from the country and save the people from the clutches of this virus.

Dr. Neeraj Tandan being a social worker too observed a number of people have been affected due to the lockdown in the country and they lost the source of income too.  The poor people are the most sufferers due to this pandemic condition and getting one meal a day has become difficult for this sector of people. Dr. Neeraj Tandan and Dr. C S Rao felt the need of a helping hand for these people and extended a lot help to these people.

They felt the need of spreading awareness regarding the corona and precautions required through conducting awareness programs in the society for not coming in clutches of the corona is very much needed. Dr. Neeraj Tandan and Dr. Rao along with his team from the institute have taken over this Hercules task and have spread the awareness among the poor people living areas in and around PBIC.

Dr. Neeraj Tandan pursued a number of trustees and NGOs and collected the ration and for distributing 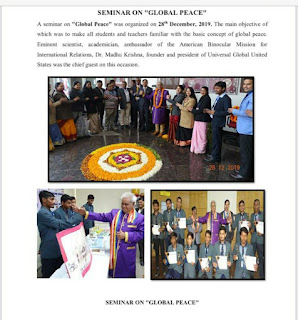 to the poor sector people in the society.  He and Dr. Rao collected a detailed survey among the poor people living colonies, J J colonies and distributed the ration to these people who are in need of the same.  A care, collection of the AADHAR CARD and Family details has been done before distribution for extending the helping hand to the need only.

Ready made food also has been distributed to this sector of people for a number of times through a mobile food distribution centre.

The medicines have become out of reach to the poor people during the corona pandemic time.  Considering the gravity of the situation, Dr. Neeraj Tandan pursued various organizations, collected the essential medicines, especially first aid like for corona and got it distributed among the poor people along with Dr. Rao.

A lot of daily wage labor force has migrated to their native place along with their families due to the closure of activities and work places. There was a huge commotion in this time and people migrated by walk due to non availability of any conveyance and are also faced lot of difficulty to get a glass of water.  Dr. Neeraj Tandan and Dr. Rao collected water and some readymade food and distributed to these people on the HIGHWAY AND SERVICE LINES OF DELHI TO AGRA EXPRESS HIGH WAY to extend a helping hand for them. 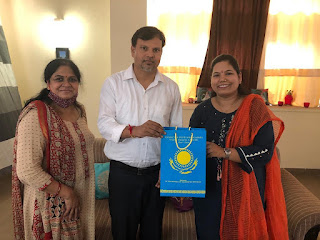 Dr. Neeraj Tandan pursued the concerned authorities and a FREE CORONA VACCINATION CENTRE was opened in PBIC to extend this facility to the poor people.  The people who could not register their name in the Covid 19 app for vaccination have been helped to register and get them vaccinated.  About 15,000 people have been vaccinated in the vaccination centre at PBIC.

Posted by The American University For Global Peace USA at 9:04 AM